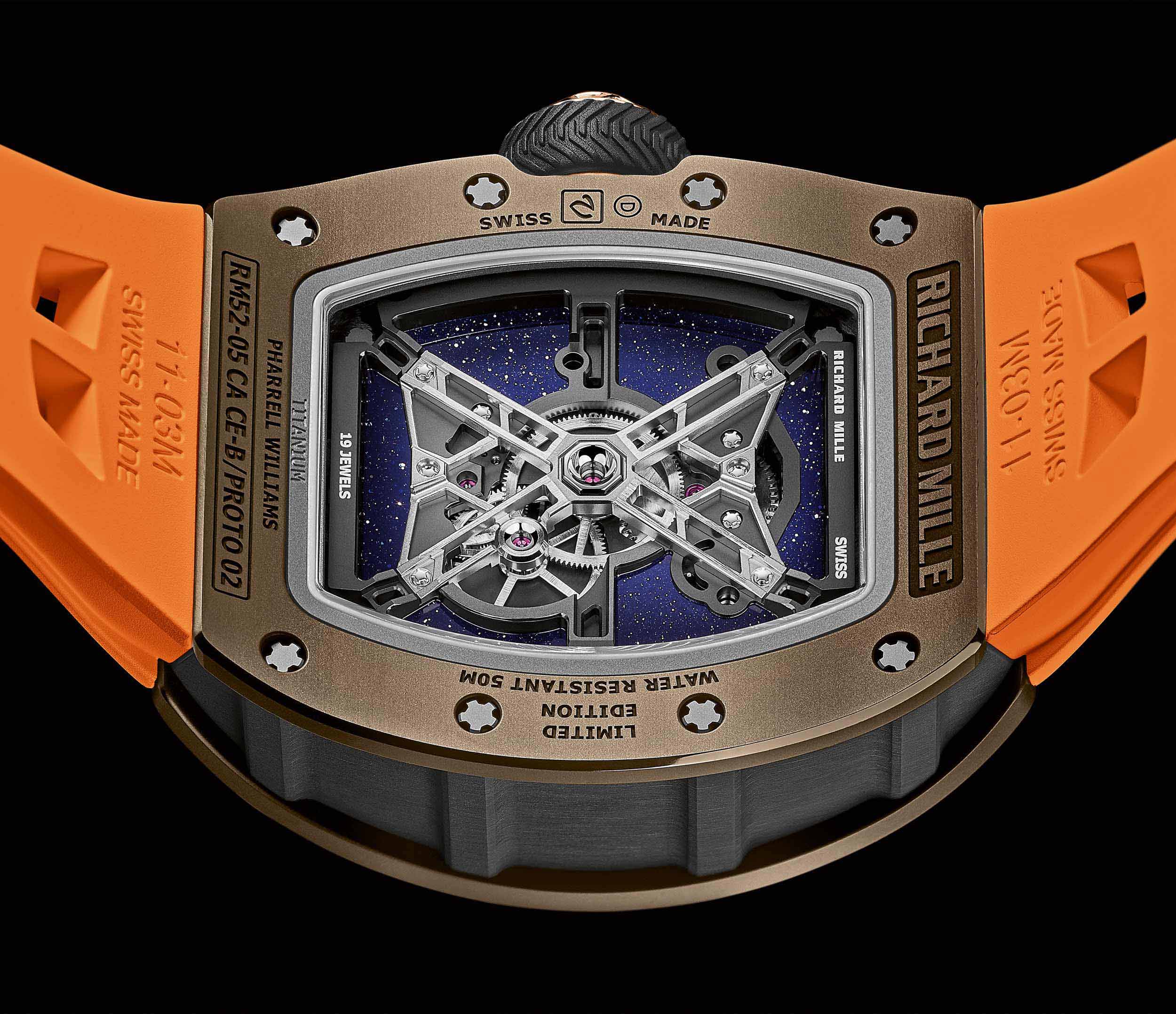 Singer-songwriter Pharrell Williams has long been sporting Richard Mille models. A friend of the house, Richard Mille suggested that he work on a watch bearing his name: RM 52-05 Tourbillon Pharrell Williams. To design it, Pharrell was inspired by his beautiful childhood memories. “I was always fascinated by looking at the sky. What could be more inspiring than all that has always been and will always be? The space is before our eyes for us to see. It was there before Earth and the Solar System. It will still be there after us and nothing makes more sense than that. When I look up to the sky I see God. I feel part of so many other parts of a whole. It is the alpha and the omega”, the singer comments excitedly. For him, his work is subversive because he seeks to change the approach, get out of the ordinary, create something new. His desire is to bring grace to the world through his music and that same concept is the one that is transferred to the RM 52-05 model, a watch that changes the point of view and turns 180 °. By looking at the clock face we can realize that what we see through the vastness of space is ourselves. It is the planet Earth seen from Mars, in a beautiful reflection captured in the helmet of an astronaut.

Pharrell, who grew up in Virginia Beach during Star Trek times, is thrilled to see this magnificent finished model: “In all aspects of my work, I am always looking for something different, something new. Working with Richard Mille gave me the opportunity to go where no one else has been before, in this case, Mars. Creating is about changing the perspective from which we look at things, that is really the only difference, and with RM 52-05 we have observed Mars from a different angle, an unexpected first-person point of view. In doing so, we broke the mold. We have the best watch in the world; we have Mars; And we have an African American from Virginia; all of them connected”. To make a piece that was at the height of the universe, Richard Mille’s specialists used high-tech materials laboriously worked in miniature. An engraver, an enameller and a painter worked on this masterpiece of watchmaking. In addition to the outstanding art work, the piece features dazzling technical innovations.

The movement rests on a stage equivalent to a space shuttle. It is machined from grade 5 titanium. Through it you can see the skeletonized bridges, also made of grade 5 titanium that evoke the launching pads of space rockets. The watch is inlaid with blue aventurine crystal, also known as a gold stone, which is used to represent outer space and the far reaches of the universe with all its stars. This type of glass has a special brightness that is due to the triangular and hexagonal inclusions of copper that its composition possesses. The astronaut’s helmet is sculpted from grade 5 titanium and subsequently hand painted with indestructible paint, a way to emphasize the overwhelming timelessness. Red gold was used to make the red planet. Thus, in the foreground the impressive Valles Marineris is observed. That massive rock face that rises 7 kilometers above the Martian landscape is etched into the piece with unique skill. To achieve its representation, multiple changes were made in the color of the enamel applied, which was a very complex task. Gradients from orange to red, and from blue to black, were achieved by layering and increasing the number of cooks to 850 ° C. The astronaut’s helmet on which this magnificent work of art is reflected has two white gold elements containing a black sapphire and two diamonds. They evoke the projectors that illuminate our immediate surroundings. The spacesuit is made of grade 5 titanium and painted white using an airbrush. The innovations of this beautiful cosmic clock are numerous. Brown cermet combines the hardness of ceramic with the lightness of titanium. This forms a metallic matrix of zirconia associated with a high-performance ceramic, which gives the material its unrivaled brown hue of metallic reflections. The edge is made of TPT carbon, a material used in the aerospace field. The design of the needles and bridges on the bottom of the model are skeletonized to recall rocket launch pads and satellite arms. To achieve the crown they relied on the structure of a rocket capsule. The rubber that surrounds it isn’t random either: that part sports the distinctive profile of a Martian rover tire. Its manually wound tourbillon movement guarantees a power reserve of approximately 42 hours. Just as space missions are for a select crew of astronauts, the RM 52-05 Pharrell Williams tourbillon will be limited to thirty units. 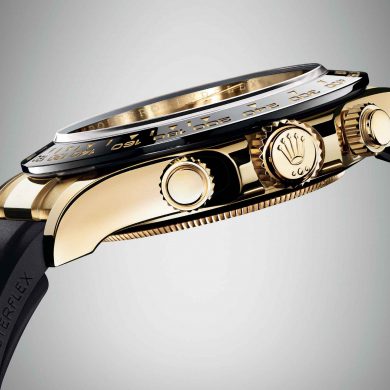