For more than a century, Rolex’s drive for perfection, through continuous improvement and innovation, has laid the foundation for all of the brand’s activities, both in its watchmaking art and in all of its companies. It is that the search for excellence needs to find a partner. An ally that pushes the limits and leads you to face new challenges. And it is precisely in sport, where Rolex has discovered the main engine to raise standards and exceed efficiency and performance.

As early as the brand’s origins in 1905, Hans Wilsdorf, the founder of Rolex, had understood the potential of a wristwatch adapted to a rapidly changing society, in which sporting activities occupied an increasingly prominent place. To develop it, he was inspired by marine chronometers, famous for their precision. And since dust and moisture were a major hindrance to that precision, the tightness was what concerned him most. This is how the world’s first hermetic wristwatch was born: the Oyster. Logically, such an innovation was going to attract many eyes and among them, it was the world sailing elite who were the first to realize the importance of this new invention. Starting in 1931, Rolex perfected the concept of the modern watch with the Perpetual rotor, a system developed and patented by the brand, capable of capturing and restoring the energy of wrist movements. Since then it was no longer necessary to worry about winding the watch manually by means of the crown. The automatic winding system not only guaranteed a constant reserve of energy, but also contributed greatly to the waterproofness of the watch. In this way, the Rolex Oyster Perpetual combined three fundamental qualities: precision, waterproofness and automatic winding, which allowed it to become the ideal watch for sailing on the high seas. Consequently, these innovations caught the attention of the New York Yacht Club, Rolex’s first partner in the field of yachting from 1958 on and promoter of the world’s oldest sailing trophy: the America’s Cup.

It was precisely this association with the NYYC that paved the way for lasting relationships between Rolex and this discipline. Sailing combines fair play and coexistence in the purest spirit of the naval traditions of yesteryear, but also competitiveness, effort and efficiency. Indeed, it demands skill, precision to the second, stamina and a great sense of teamwork. And it is for this reason that Rolex has thus put its fame and its admiration for sailing at the service of this passionate sport, establishing close ties with great yacht clubs around the world, where passionate sailors, unconditional of regattas rub shoulders high-level and elite patrons, generating a world circuit coveted and sought after by the whole world.

Thanks to its sponsorship agreements with the main promoters of the sport, Rolex has helped develop and promote some of the world’s leading sailing events; events in which both owners and sailors are guaranteed a fair competition, as well as occasions for social coexistence on land. Rolex regattas form a natural calendar, allowing crews and yachts to travel from one to another with the assurance that Rolex’s collaboration is a hallmark of authenticity. In this way, the Rolex brand is associated with the 15 most important international competitions and regattas on the planet, including: the Rolex Sydney Hobart Yacht Race (Australia), which takes place every year at the end of December. The Rolex Fastnet Race, Cowes (UK) which takes place every two years in August. On the other hand, there are highly demanding championships and regattas disputed between very even sailboats, such as: SailGP Global Championship; the Rolex TP52 World Championship, other elite events of the sailing season, from regattas for the most modern and powerful boats to races inspired by the legacy of sailing: the Maxi Yacht Rolex Cup, held every year in Sardinia (Italy ); the Rolex Swan Cup, which is also held in Sardinia every two years in September; the Rolex Giraglia, a series of offshore and coastal regattas held every June between France and Italy. All of them reflect the best spirit of sailing, anchored in associations with yacht clubs that display the best traditions and elegance of this sport: the New York Yacht Club (NYYC United States); the Royal Yacht Squadron (RYS Cowes, UK), the Yacht Club Costa Smeralda (YCCS Porto Cervo, Italy), Rolex also collaborates with other competitions around the world, including: the Rolex Middle Sea Race, Valletta (Malta) , Les Voiles de Saint-Tropez (France), the Rolex China Sea Race, Hong Kong (China), the Subic Bay (Philippines), the Rolex New York Yacht Club Invitational Cup, Newport (USA), The Rolex Big Boat Series, San Francisco (USA), The Rolex South Atlantic Circuit, from Buenos Aires (Argentina) to Punta del Este (Uruguay).

This close, strong and faithful commitment that Rolex maintains to sports, especially sailing, is not a mere coincidence. His constant search for improvement and improvement is also identified with the desire for self-improvement of each navigator. In this way, the firm finds new alliances with a series of extraordinary athletes who also represent part of the values ​​of the Rolex universe. Among them stand out Sir Ben Ainslie, Paul Cayard and Robert Scheidt. Their tenacious desire to excel, the passion they feel for their sport and their efforts to show themselves up to the occasion make the numerous titles they have won even more prestigious. In recent years, the three have competed in various Rolex sponsored events around the world, including the Rolex Sydney Hobart Yacht Race, the Maxi Yacht Rolex Cup and the Rolex TP52 World Championship, achieving excellent results and demonstrating the world’s connection to the candle, with the Rolex universe. 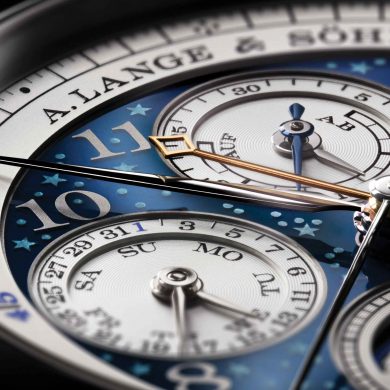