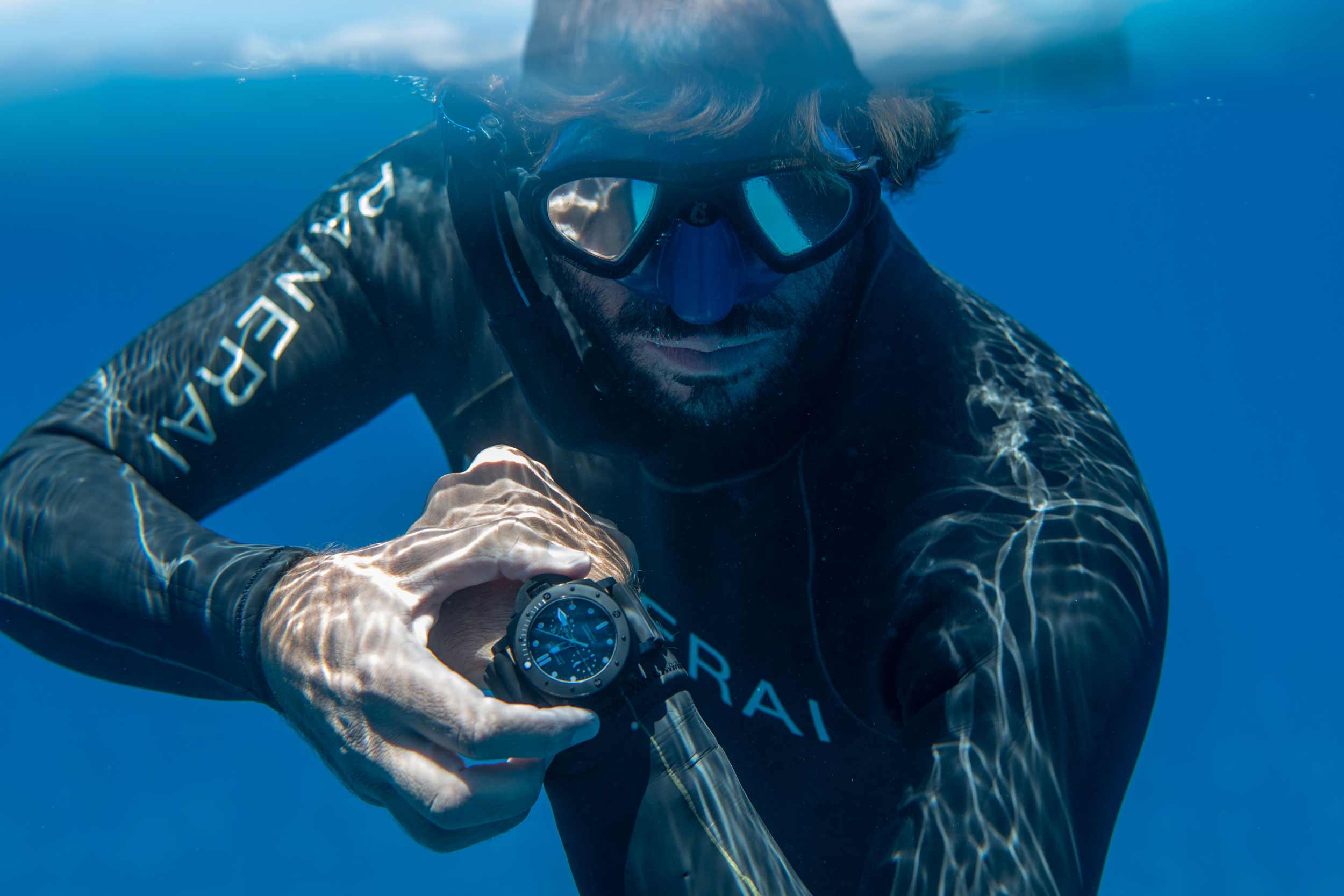 The fifteen people who purchased the limited edition Panerai Submerbible Chrono Guillaume Néry Edition – 47mm had a unique experience in the depths of the sea. To understand what it was about, it is important to review Panerai’s connection to marine life. Since the firm was created in 1860 by Giovanni Pannerai in Ponte alle Grazie in Florence, it has been known for achieving high precision parts that have supplied the Italian navy and diving squadrons. As its roots indicate, Panerai’s bond with the oceans and the depths has been going on for many years.

As a way of worshiping these ties, the firm held a unique and unforgettable event with a select group of lucky people: it was about 15 heroes in French Polyneasia with the brand ambassador, Guillaume Néry. This group of people who acquired the limited creation of Panerai were invited to travel to Moorea, in French Polynesia, the place where Néry lives with his wife. In addition to enjoying the wonderful surroundings, they had the opportunity to dive into the ocean and experience scuba diving. There, the beauty of the marine fauna is remarkable and majestic: whales, colorful fish, turtles and rays, they are postcards that everyone would like to be able to see. It was because of the striking beauty of the place that Guillaume Néry moved to Moorea. And as a result of the brand’s connection with the oceans and with Néry, Laboratorio di Idee decided to offer its customers this unique experience. Holders of the Panerai Submersible Chrono Guillaume Néry edition were able to dive with the athlete, who also prepared them for the activity.

The magnificent session not only taught the participants to breathe more efficiently, it also helped them make deep diving a safer experience. It also gave Néry the opportunity to share his powerful philosophy, which goes far beyond sports: it is about reflection, controlling time, knowing one’s limits and having a powerful connection with nature. “The sea has always been a part of my life. Since I was a child I was attracted to the unknown. I believe that it is not necessary to go to space or to the moon to be in another world. The sea represents the origins of life itself. It is a place that is still new and must be discovered ”, the athlete enthusiastically expressed. During their days in Moorea, the guests witnessed Néry’s techniques and his way of diving. They also accompanied him to the depths and practiced snorkeling. But that was not all, clients had the opportunity to ride in small boats through the crystal clear waters of Polynesia. There, the spectacle was unique: the whales swam in the depths; graceful stingrays splashed around the boats; and large lemon sharks approached. The latter, which owe their name to their yellow and brown coloration, have a size of around 3.5 meters in adult specimens, and their weight is 190 kilograms.

Despite their fearsome appearance, they do not pose a great danger to humans as they are not aggressive. This whole experience was perfect and helped raise awareness about the importance of caring for the oceans and the creatures that live in it. Restoring a sustainable relationship with nature, respecting the planet and its spectacular living beings, is one of the priorities in the life of the brand’s ambassador, Néry. It is that the incomparable athlete knows nature and oceans. He has been freediving world champion several times, in addition to breaking four world freediving records with constant weight, and in those Polynesian lands he found the ideal space to continue his hard training. His house is on the coast, which allows him to dive as soon as dawn breaks. There, enjoy the coral reef and the tropical animals that parade underwater. Néry’s great passion for the waters and self-confidence have led him to dive to depths that very few have reached without scuba gear. His motivation is to explore an unknown underwater world, which is recorded in the filming and films he makes, such as “Ocean Gravity”. There he is seen running in the depths of Rangiroa as if he were running in space, with zero gravity. The talented French athlete trains his breathing every day, as well as swimming, crossfit and running. This is so because if you decide to return to the world of professional competition, your physical condition should be optimal. “Freefall is amazing because you are free. You float in the water”, says Néry.

In addition to making powerful videos, Néry has developed a relationship with Panerai that is based on their love for the sea and their reckless nature. So to seal this fabulous bond Panerai launched the limited edition Panerai Submersible Chrono Guillaume Néry Edition – 47mm. The piece consisted of a technical performance watch with a powerful and sporty aesthetic. Designed for professional divers, it is waterproof to 300 meters (30 bar) and its unidirectional rotating bezel accurately displays the duration of the dive. The dial is legible in any lighting condition. Thus, complete darkness does not represent a challenge or intimidate the piece because its luminescent white indexes are clearly visible. The screwed bottom has the champion’s signature engraved along with his astonishing record: 126 meters freediving.

Attractive and lightweight, the watch has a titanium case that blends seamlessly with the blue ceramic disc applied to the bezel, blue hands, and blue rubber strap. It is also a chronograph with a Flyback function, equipped with an automatic P.9100 caliber with a three-day power reserve. The movement was developed in the Panerai manufacture in Neuchâtel, the Laboratorio di Idee, where watchmaking craftsmen transform each design into a unique piece of excellent technical performance. 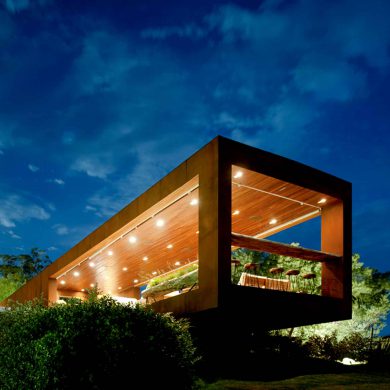