In March 2016, Related Group announced its landing in Argentina with a luxury mega project, SLS Puerto Madero. Less than a year after completing the construction, it is sold almost entirely and in record time. SLS Puerto Madero is located on an exclusive lot in Dique 1 of Puerto Madero, between the streets Pierina Dealessi, Blvd. Vera Peñaloza and the continuation of Juana Manso. “We are very happy to have been able to disembark in Argentina”, commented Jorge Pérez, CEO and founder of Related Group.

For his part, Carlos Rosso, President of Related’s Condominium Division, added: “We always had Buenos Aires among our plans.

We were able to bring to the country what has always characterized us: unparalleled design, the most luxurious amenities and museum-quality art to Puerto Madero”.

SLS Puerto Madero consists of two thirty-story residential towers and a building with smaller units, between thirty and sixty square meters, called Designer Suites. The architecture is in charge of the BMA Bodas Miani Anger Arquitectos & Asoc studio, the most important in Argentina. On the other hand, the interior design is in charge of Piero Lissoni, Milan Studio and the gardens and the public square are designed by the world renowned Enzo Enea Studio of Zurich.

and diverse artistic tradition, the firm joined forces with the authorities of the City of Buenos Aires and donated a section of the property to function as a park. public sculptural.

At the same time, they held an open call for Argentine artists. They presented ideas that merged art, architecture and public space.

This Sculpture Contest, whose prize consisted of two hundred and fifty thousand dollars, was designed to continue the Related Group’s vision focused on the transformation of urban spaces, providing the Argentine artistic community with the opportunity to produce new works and install them permanently in the Public Park of SLS Puerto Madero Sculpture for the enjoyment of current and future generations.

Coincidentally, the three winners were women. Marie Orensanz, Diana Cabeza and Nicola Costantino were chosen for the strength and impact of their submitted proposals. In this way, the SLS Puerto Madero park will also pay tribute to the women of the artistic and cultural community of Argentina, in a neighborhood where the streets are already named after women who have made history not only in Argentina but also in America. Latin.

The Committee in charge of selecting the winning works was made up of: Tobías Ostrander, Head of the Art Curation at PAMM (Pérez Art Museum Miami); Sonia Becce, independent curator who lives in Buenos Aires; Aníbal Jozami, Rector of UNTREF (National University of Tres de Febrero and Director of the UNASUR Biennial and Patricia Hanna, Art Director of Related Group.

SLS Puerto Madero will also have an important work by another renowned Argentine artist: Graciela Hasper. The same, “Untitled 2017 Variable Dimensions”, consists of a floor to ceiling installation on the four walls with a total of three hundred and sixty square meters.

The Related Group continues in this way to gain a global reputation for the sophisticated design and development of luxury condominiums, mixed-use centers and rental properties in Miami and in the main countries of Latin America including Mexico, Panama, Colombia, Uruguay and the Caribbean. 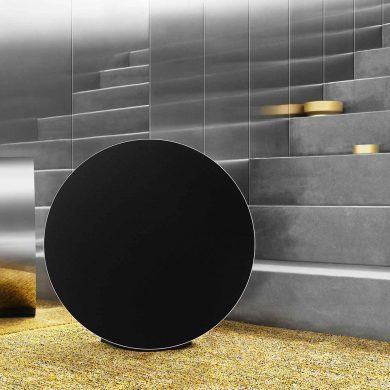