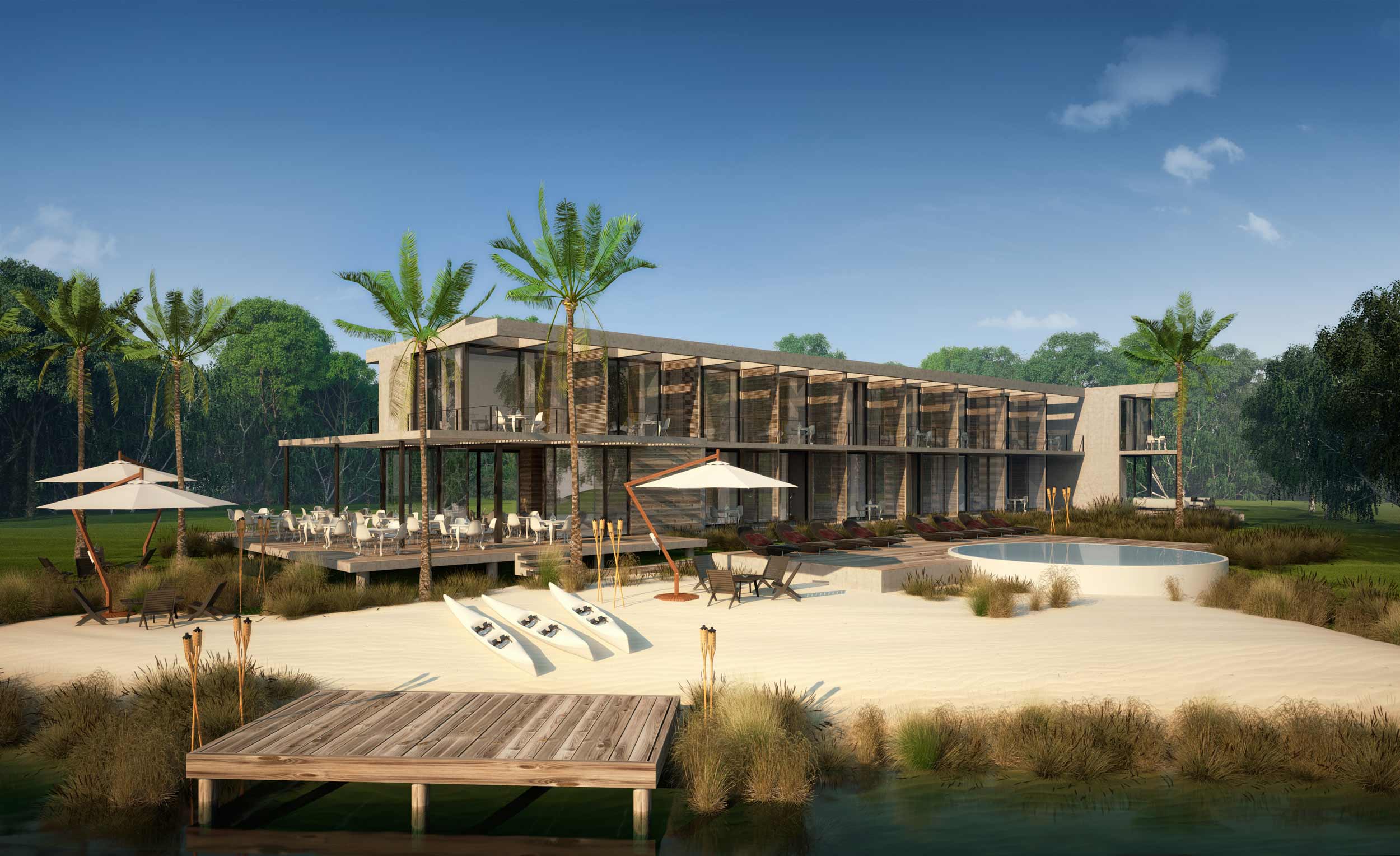 A great design is the product of several elements. Originality, creativity and study but also curiosity, talent and a great sense of imagination. Because not only the final result matters, but also how it interacts with its environment, becoming part of the landscape and enhancing its qualities. This is the case of the renowned architect Martin Gómez, who stands out for contextualizing his works within each element that nature offers, thus becoming an unrivaled reference for design throughout Latin America.

For Martin Gómez, it all began in Buenos Aires, where he lived and trained as an architect, after a long and successful career that established him as one of the most outstanding Argentine architects of his generation. However, after graduating, he decided to undertake one of the most significant trips of his life: for five years he traveled through India, Nepal, China, Tibet, Burma, Thailand, Malaysia, Singapore, Australia, New Zealand and, finally, the United States. Upon his return, he settled in the city of Punta del Este, in Uruguay, where he became a reference with a particular mark, with an aesthetic criterion strongly linked to his philosophy of life and way of thinking about architecture; a unique and different way where it is recognized through the elements that marked the architecture of its trip, such as the environment, order, light and natural materials.

It was precisely these characteristics that laid the foundations to form one of the largest and most prestigious architecture firms today. The Martin Gómez Arquitectos Studio articulates in a unique and dynamic way the journey of more than 30 years of experience of the Arq. Martín Gómez, with a team of 25 young professionals in expansion and a study that has two offices, one in Punta del Este, Uruguay and another in Buenos Aires, Argentina. In both places and from different roles and responsibilities, we work together to highlight the uniqueness of each project, taking as a starting point the need to help each client to live better, together with the landscapes that make up their life and their home, readapting them, to generate a continuation between the characteristics of the architecture of the studio and its environment. Among the projects that the studio is currently working on, the first one to highlight is the Hotel Escondido; an ideal combination of natural beauty, design and a smart investment. Fully equipped, it has a large deck on the Maldonado stream, circular pool, sauna, kayaks and bicycles. It is developed on two floors, allocating the ground floor to the lobby, which together with a modern front desk, gives place to the reception of guests. While the lounge bar integrates the interior and exterior, creating an intimate meeting place to enjoy the incredible sunsets. Outside, the pool and the solarium, surrounded by gardens and exclusive settings, provide a unique place for relaxation and rest. The building is completed with 18 suites distributed between the ground floor and the first floor and each of the units is delivered fully furnished and equipped with carefully selected furniture.

Casa Nautilus is another of the projects that stands out not only for its varied services but also for its admirable beauty, which unfolds like a trident towards the sea. Nautilus is located in one of the Manantiales blocks closest to the beach. It is for this reason that the façade is reminiscent of the terrace of a boat, a sensation that is enhanced thanks to the use of portholes throughout the house and the spiral staircase to the solarium. The house uses the buildable area to its full potential, having three main volumes linked by two other smaller ones, containers for the stairs and the elevator, linking the house vertically and horizontally. Thus, the route of the same is given from the most social areas to the most intimate towards the interior.

On the other hand there is the La Magnolia project; a family home in a northern neighborhood of Buenos Aires, with modern and current characteristics, which emphasizes the use of materials to generate great warmth and a feeling of home. Black metal, black slab and lapacho wood do their job to perfection. The idea is to generate strong sensations in transitional environments. In this way, the access is through a water mirror with an immaculate magnolia, the landing of the staircase is a bar to serve special drinks to friends and the hall and corridors on the upper floor are accompanied by a raised garden.

Ruckenwind is a project which was fully commissioned to the studio, not only in architecture, but also in the choice of land. The fraction of the countryside that the house occupies, is located halfway between routes 10 and 9, and proposes a playful landscape where nature stands out and has been minimally intervened. An incomparable landscape that absorbs a regular façade, with a large stone wall that marks the main entrance and orders the rhythm that then, to the left and right, travels several meters. A large concrete strip frames each lapacho-clad wing, while the main facades are made up of large aluminum windows, with large leaves that run on parallel rails. The interior spatiality is rich and wide and the light that enters freely is present everywhere. The outdoor space and its terraces use the great natural unevenness of the terrain to fly around the volume and develop on one of its sides, where the pool, the outdoor fireplace and the solarium, establish the character of paradise that reaches the place.

The Martin Gómez Arquitecto studio embraces the restless and avant-garde legacy of its founder, Martin Gómez, and creates creations that go beyond simple functionality. Each design envelops the landscape, adapts to the environment and above all, embellishes the natural elements, achieving a perfect fusion between the environments and those who live in them.